There's a classic probability problem/brainteaser popularized by google that states:

It seems reasonable that such a country would succeed in their goal of skewing the population demographics. However, google's solution to the brainteaser goes on to justify how the population will still end up 50% male/50% female.

Interestingly enough, google's "official" solution of 50%/50% is incorrect, depending on how you interpret their wording. Assuming that they're asking for:

(what's the expected ratio of boys to girls?) there's a problem with their reasoning. That's not the only twist. While for a large enough population their answer is very close to correct, for any one family the expected percentage of boys is closer to 70%.

The crux of the issue stems from an invalid application of the expectation operator. We're interested in the random variable R(n)=​X(n)​​n​​, where n is fixed and X(n) is itself a random variable: the total number of children in the population. Note that because each family has exactly one boy, n is both the number of families and the number of boys. If we assume that boys and girls are born with p=.5, the expected number of children that any one family will have before producing a boy (inclusive) is given by the geometric distribution with p=.5:

From there, it seems reasonable to assume (as the google argument does) that:

However, expectation only commutes with linear operators, so the equality above does not hold. Taking things one step further we can find a bound showing that ratio is greater than 1/2 for all finite populations. Jensen's inequality (the Swiss Army Knife of mathematical sanity checks) gives that for a non-degenerate probability distribution and a convex function φ, E[φ(X)]>φ(E[X]). Letting φ=​x​​n​​ gives:

We can calculate the single family distribution empirically or explicitly. Here's what it looks like: 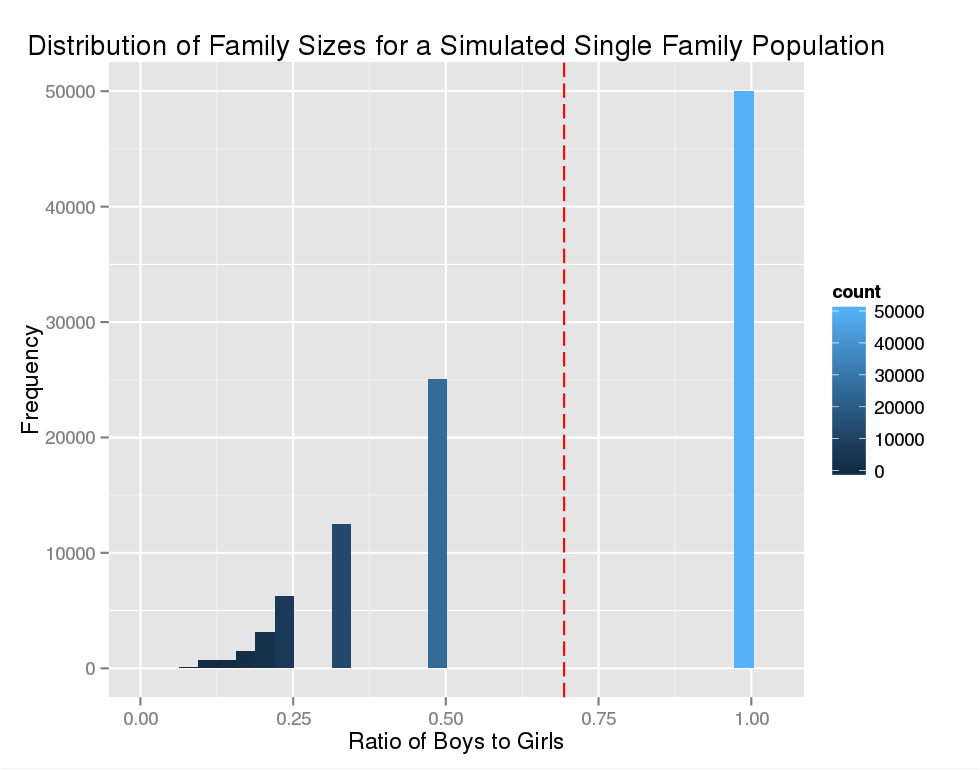 gives "Population mean: 0.50." To see why the population will tend towards 50% we'll need to appeal to the Central Limit Theorem (CLT). For a rigorous explanation of the math see the excellent post by Ben Golub here. In short, by the CLT, as the number of families n becomes large, the total number of children in the population X(n) will tend towards X(n)≈E[X(1)]n=2n. We'll have n boys for our ≈2n children, leading to a ratio of ≈​2​​1​​ with tight error bounds given by the CLT.

The applicability of the CLT depends, loosely speaking, on "how poorly behaved" the distribution that you're sampling from is, and the size of your sample. Lucky for us, the geometric distribution is well behaved (finite variance and mean – both assumptions of the CLT), and our samples are definitely independent. We're not always that lucky though – some fat tailed distribution such as the Cauchy distribution for which neither mean nor variance is defined can prove problematic.

So how well does the CLT handle our family planning problem? The expected ratio of boys to girls for a population of k individuals is given by:

where ψ is the Digamma function (the derivation is here). Plotting this function we see that it rapidly converges to a ratio of .5: 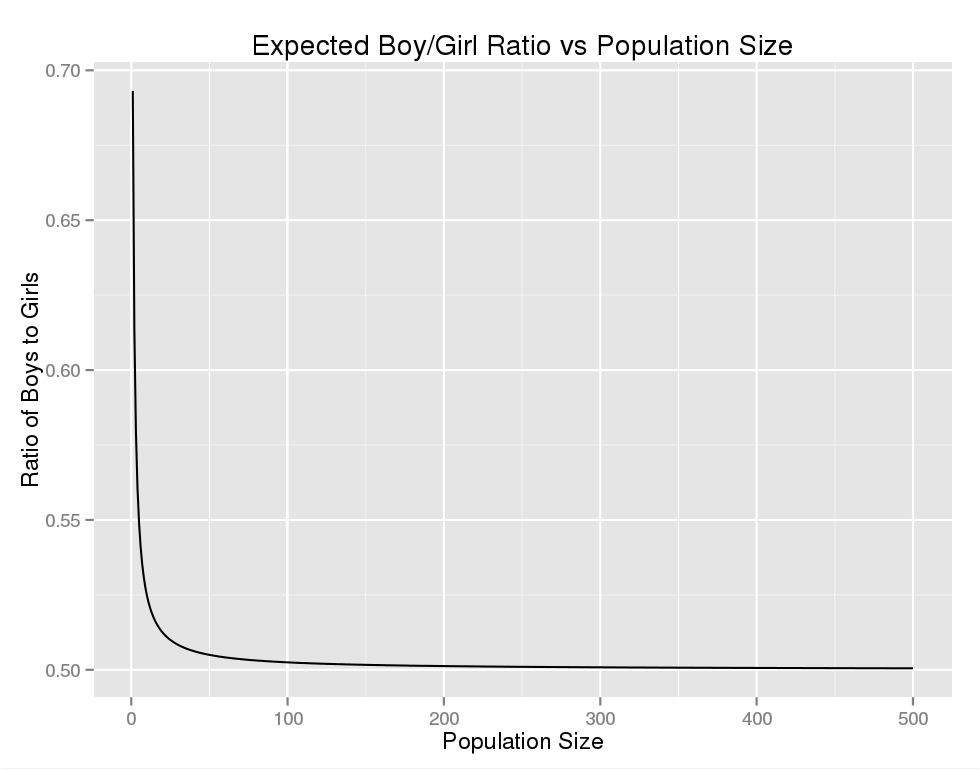 We can run a quick simulation to confirm our results: 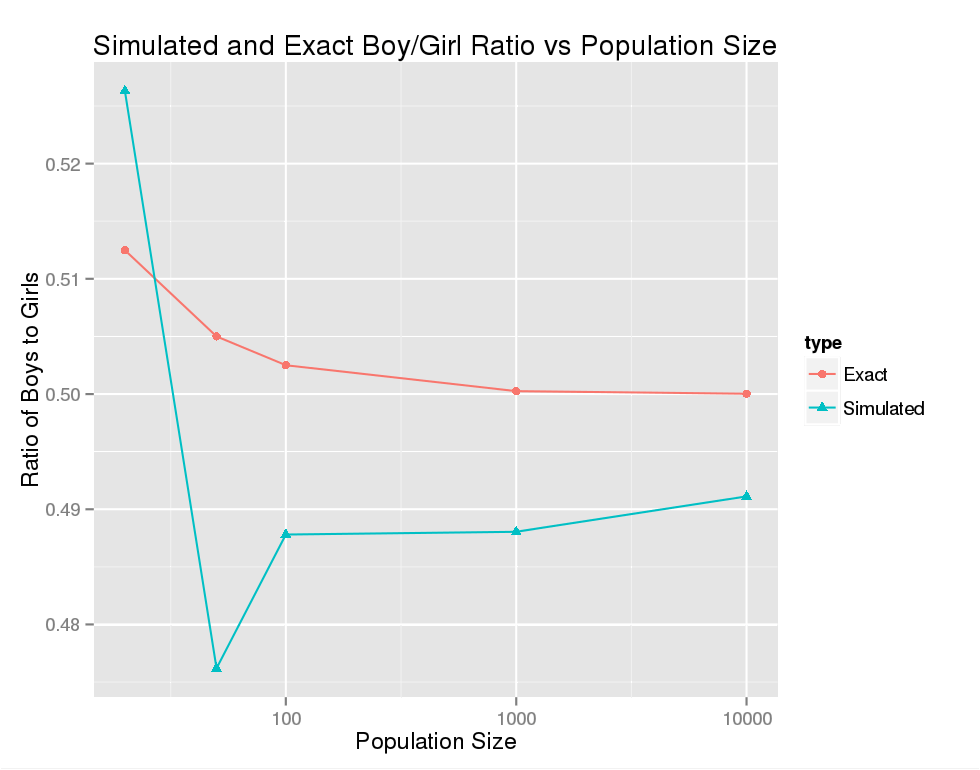 We see that our simulations are within a few percent of the theoretical and converge towards the true value as n becomes large. So far we're only looking at one simulated population. How do our results look if we average across many simulated populations?